This forum is for talking about non-music-related stuff that the DBT fanbase might be interested in. This is not the place for inside jokes and BS. Take that crap to some other board.

and for anyone wondering what the remix of this would sound like, here you go

Five beers in, I'll vouch the that the remix is worth a watch.
Tired of living in Buttholeville
Top

and for anyone wondering what the remix of this would sound like, here you go

Five beers in, I'll vouch the that the remix is worth a watch. 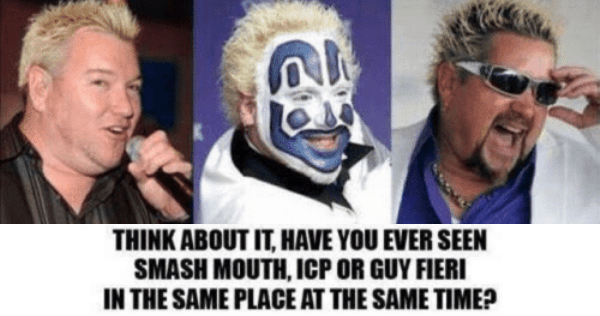 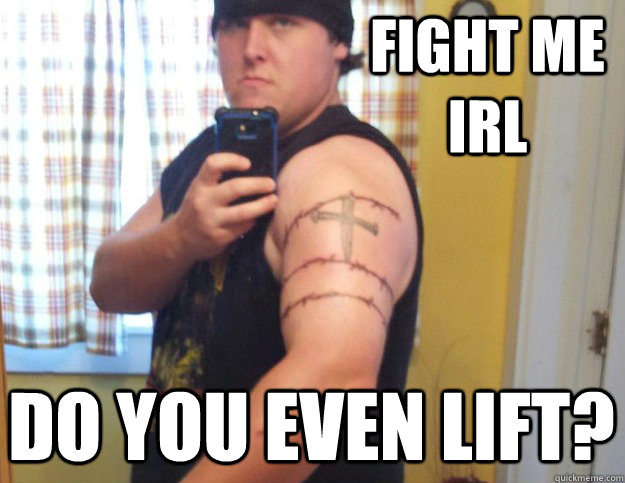 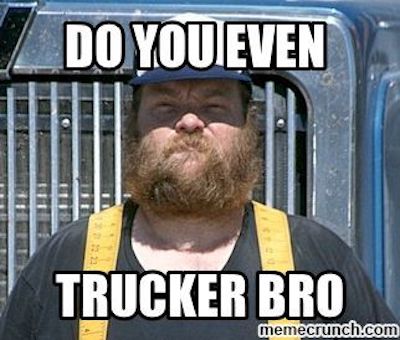 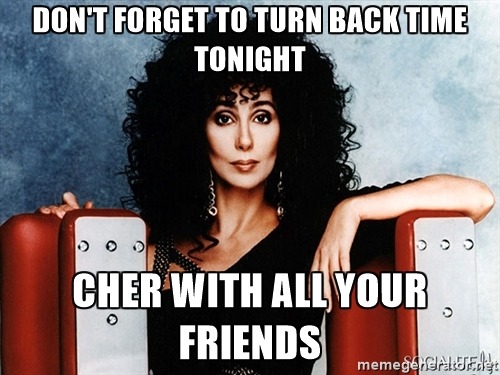 Tequila Cowboy wrote:So for years the best story in this thread has been FNW's Christmas tale, which will forever live in the hall of legends, but I think I may have it beat. I don't know any names so there is no need to change them and there definitely is no need to protect the innocent as you will soon learn.

This past Friday I was flying home from my winter sales meetings flying home from O'Hare with a stop in Atlanta. The flight at ORD was delayed an hour and then another 20-30 minutes on the tarmac. I was in row 26 near the back of the plane on the aisle and the flight was nearly full. As I sat down and everyone got settled I realized that there was a woman directly behind me talking very loudly on the phone. She was clearly talking to a friend and was complaining about the flight delays and using very colorful language to describe such delays. I looked around and while people clearly heard her using the word "fuck" like she earned money for using it, we were all adults (except for a Spanish speaking woman with a baby but more on her later) and everyone seemed OK with it. There were three flight attendants including two young women and an older man crew chief who was goofy as hell and told stories about his grandchildren on the PA. He was in the front of the plane and the two young women, one I later learned was 2 weeks out of training, said nothing to the phone talker as she continued her rant to her friend. After bitching about the flight she then proceeded to tell her friend that she had been drinking since 9 and was pissed that the flight hadn't taken off yet so she could drink some more. The friend had been drinking too apparently as I gathered from the conversation and phone talker told her to by all means keep drinking but asked her to sober up before she took phone talker's car to the airport to pick her up. She told her that 30 minutes should do it, because we all know that half an hour is all that's needed to get sober before driving. This is when the conversation got really interesting, and let me mention here that the reason I heard all of this was because the volume of her voice was such that the ground crew probably heard it and the liberal use of "fuck" made it difficult to ignore. After admonishing the friend to not crash her car on the way to pick her up she softened and told the friend that "she missed her face" now this would be really sweet except that she added that she was going to "lick the fuck out of your pussy tonight". Well that got the Asian man's, who was sitting next to me, attention and he looked like he might explode. The man in the window seat laughed softly but audibly. Several people in front of us turned their heads and now decided to follow the show. The woman continued on the phone.

"Oh I have to tell you about my Christmas bonus" she said "It fucking sucked so I sucked my boss' cock in the back of a taxi and got it doubled" she laughed. "I know, I know" she said into the phone "sometimes you gotta do what you gotta do"

"Yo no hablo ingles" she said, but I wasn't sure I believed her.

Now keep in mind we're still on the ground here but the cabin doors were closed so the phone should have been off but it wasn't. Phone girl reiterated her desire for pussy licking but then sounded dejected.

"Oh your fucking husband is going to be home?" she said with some dismay but then softened as her friend obviously responded to her question "Well fuck, OK but tell him he can't fuck me tonight I want your pretty pussy all to myself" she was silent for a second as she got a reply and then with resignation "OK fine, he can fuck me but no Viagra! After flying and drinking all day I'm not putting up with that shit all night!"

By this point Asian man was clutching the camera on his lap so hard I thought it might break, window seat looked like he was going to bust out and a woman a few seats up called a flight attendant over to her and complained. the flight attendant approached phone woman.

"Miss" she said meekly "You really shouldn't be on the phone, we're about to take off and" she hesitated but then quietly "people are complaining"

With that the call ended and shortly after we took off. Phone woman begged for a drink but the flight attendants held firm and said that it would still be a little while. There was actually silence for several minutes. I think I actually dozed off. Usually I put earphones on when we take off but I didn't this time. When the flight service started and it got to phone woman she asked for 5 vodkas but was told she could only buy 2 at a time. A few "fucks" flyed but then the service ended and all was calm.

It was about then that some young men seated across the aisle from phone woman started trying to chat her up. They were clearly excited. They found out that while she was flying to Florida and the were flying to Mobile she was driving to see her grandmother in Mobile on Saturday. The young men, who turned out to be 2 Palestinians and an Israeli who had met on a flight a few years before, were going to a wedding in Mobile Saturday during the day but then driving to New Orleans Saturday night. There was a bunch of back and forth with phone woman saying that sounded fun and then they were exchanging phone numbers and Twitter accounts. The young men sounded positively giddy and phone woman noticed.

"Now don't think just because I come party with you in New Orleans that I'm going to fuck any of you" she said and there were some denials and apologetic noises from the boys. "I still expect you to bring liquor though" she continued "But not tequila because every time I drink it I fuck black guys"

After that there was some relatively normal conversation for a while and I pretty much tuned out. At some point they must have realized they hadn't introduced themselves formally, despite exchanging numbers, and they all half stood up and were shaking hands. This was the first time I actually saw phone woman and she turned out to be a fairly attractive girl in her early twenties. The guys were of the same age range. As she shook one of their hands she exclaimed

"Holy shit! Your hands are huge" and then thoughtfully "I guess I've changed my mind, go ahead and bring that tequila we'll make it a party, but don't be assholes, bring condoms"

At this point half the back rows were laughing, some were fuming and some looked like they wanted to be just about anywhere else. After that it calmed down though. There was some foul language, always from phone woman never from the guys, but nothing like what had gone before. I finally put in my earphones, cranked some Two Cow Garage and settled in for the last 30 minutes of the flight to the ATL content in the knowledge that I had heard something that I would never hear again.

I shared this all with Lurleen who laughed until she nearly peed herself. She then insisted I share this with y'all. I hope phone woman, the Palestinian boys and they're Israeli friend had a marvelous adventure in NOLA.

I just remembered this story and thought I’d share again in honor of the holiday. Enjoy.
Rickey needs Rickey's houses to be clean
Top

Eddie Murphy on Thoughts and Prayers: 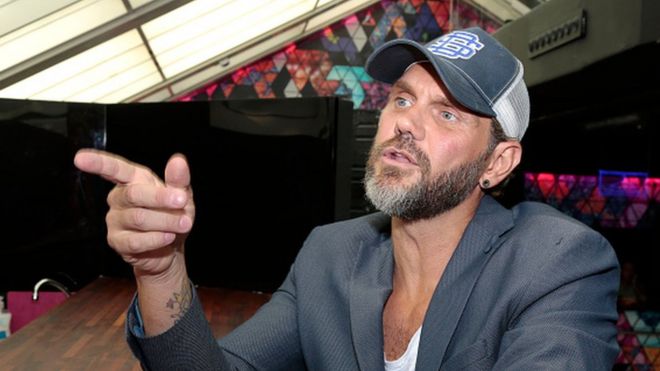 Go on, pull his finger. This is the BBC.


A lawyer for Mr Vidal said his client "considers himself to be innocent", describing the death as an unfortunate accident. 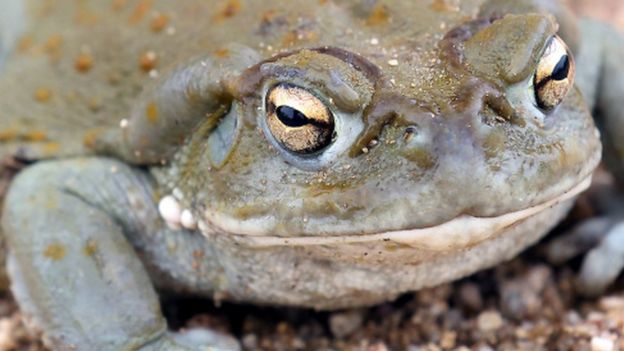 The toad had no comment, but this was heard playing in the background as he hung up the phone:


"With all due respect to the dead man and his family, Nacho maintains that the consumption [of the venom] was completely voluntary," the lawyer told La Vanguardia newspaper.

Who among us has NOT licked a toad at some point?
Now it's dark.
Top

Flea wrote:Who among us has NOT licked a toad at some point?

that's what SHE said!
Top 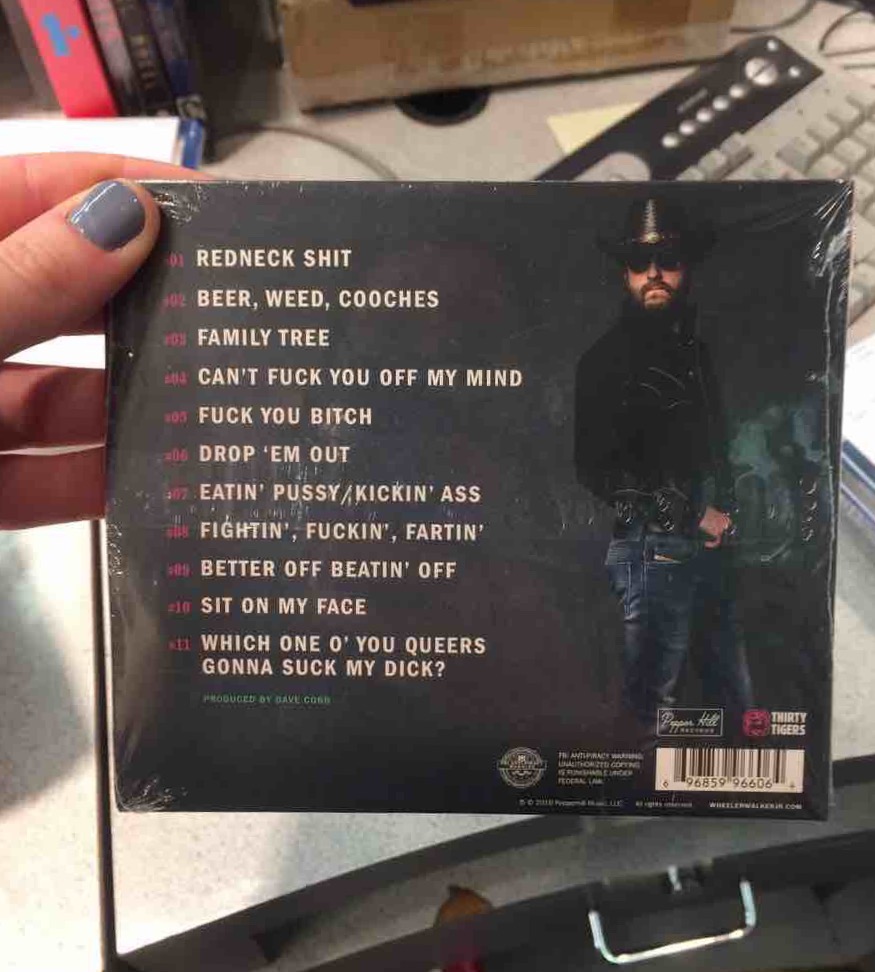 Wheeler Walker, Jr.! I wish he'd've come to town on his last tour. Birdcloud was opening for him. I bet that would've been a great double bill.

Return to “Everything Else”