Dexateens. Tuscaloosa, AL. Formed 1998. One of Patterson’s year-end lists turned me on to them 3ish years ago.

please excuse the horrible grammar, spelling and fanboy slant of this post. it is what it is.

Dexateens are the Best rock band in America today. I’d jump on my coffee table wearing my boots and tell Patterson Hood exactly that….and I wouldn’t be surprised if he agreed. Patterson knows….he’s one of their biggest fans. Formed at the University of Alabama in 1998 by Elliot McPherson, John smith, Matt Patton and Craig Pickering. Cut their teeth opening for Swedish old school heavy metal band Hellacopters (shuffle can tell you all about those beauties) and Alabama punk legends Quadrajets (of Pay the Deuce fame). Since 2004 have 5 stunning full releases and an ep that they gave away for free. Sound like the absolute best parts of Crazy Horse, ac/dc, Ramones, Hank Williams, Molly Hatchet, Kiss, Elvis, Big Star, Glimmer Twins, Jayhawks, Sabbath. Brilliant players and songwriters…..pushing and pulling in opposite directions. Shotgun punk riffs along side swampy, dirty 70’s rock leads. 3 guitars blasting out double barrel blasts of pure rock greatness. Songwriting that looks inward, outward, race relations, missed opportunities, never had a chance protagonists.

Not gonna give anybody the easy way out by listing standout tracks….u fuckers need to listen to the entire records.

Dexateens: Self-titled. 2004. Produced by Tim Kerr (legendary Texas guerilla punk player and producer). Full on punk rock w/ a lotta red dirt on it. Ramones meets 3 fat ass, blistering, funky, lead ripping guitars. Glorious distortion, feedback. God of thunder drums. Amazing vocals…..Elliot McPherson and john smith….holy fuck these boys can sing. Think axl rose channeling everly bros and Hank Williams….seriously. Even with all of the shit flying around on each song….never gets cluttered. Some days I think this is the perfect rock and roll record.

Red Dust Rising. 2005. Produced by Tim Kerr. Should have been released in early 1970’s. Less Ramones, more Ragged Glory with banjos and lap steel. Only two guitars here….more room for them to stretch it our. Extended, nasty solos. Can’t say enough about their playing on this record. Same great vox. Old time gospel harmonizing every now and then. Smith and McPherson were born to record this album. Angry, repentant, lonesome, sad, regret, revenge, guns, seeking. Still lost. Shit fire it’s good. Play some old honk...down home. Ain't even worked up a sweat, yet. 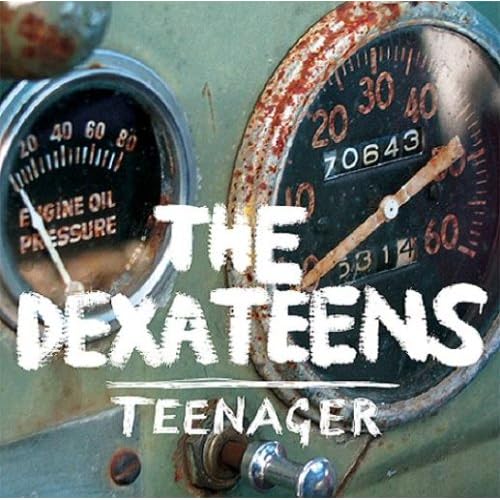 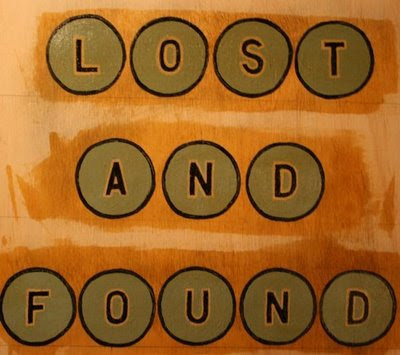 
The beauty of the Dexateens recorded catalog is that there is something for every rock fan. Each album is a progression of styles and influences. Ranging from the street punk of Teenager to the blissful California country of Singlewide. Wall of sound with plenty of room for these dudes to rip, shred and slay all comers.

Dexateens have the pedigree, chops, body of work and musical IQ to become legends.

As a live band they leave no one in their wake. Search and destroy shows that are loud, sweaty, punk rock, transcendent gospel sermons about the pain and beauty of life. Ears, brain and body buzzing for days and days. I cannot say enough superlative things about the Dexateens. Amazing artists who all have regular day jobs. Cabinetmakers, artists, fireman, carpenters, college professors, and church band members….trying to figure out how to make it in this fucked up rock and roll business climate. Complete DIY…..haul gear, set up gear, play an exorcism of a rock show, break down gear, haul gear home.


Go see them today. Go buy any of these records. Change your worldview of what rock and roll can be.


They are that good…..just ask Patterson.

Proof positive it is always a good decision to go with what you are passionate about when crafting these write-ups. Nice work dime. I really enjoy these guys and love seeing you wax poetic (in your own distinctive LA way) about them. You've been championing their cause for years on 9B/3DD and I'm glad you went with them as your artist of the week. Selfishly, I forced you into this week (coming off the holiday weekend) in preparation for my show Friday. You certainly rose to the challenge.

Nice write-up Dime. I have seen Dexateens twice with DBT and I could not get enough of them.
Looks like a bunch of little whiny fucksticks to me
Top

this guy gets it.
Top

Saw them once with DBT (harrisburg 08) and they rocked it and really brought down the house, got an ovation unlike any I've ever seen for an opening band. They're doing a Boston-NYC jaunt later this week but skipping Philly (though there is still a TBA show listed for one of the nights, so fingers are crossed). Great, great young band. Nice write up dime.
Looking for an acceptable level of bullshit I can live with
Top

i am waiting for my amazon order
of the self titled and singlewide. nice review. good times.
Top

i am waiting for my amazon order
of the self titled and singlewide. nice review. good times.

i am waiting for my amazon order
of the self titled and TEENAGER. nice review. good times.

edit
i have singlewide
i just don't preview before submitting. i'm a loser
Top

Nice job dime. I haven't had the chance to see these guys live yet. Love their records, though have not heard Teenager. Your write up was so effective it makes me feel even worse that they haven't played close enough to catch a show.

I'll damn sure be there when they do.
Top

Good job Dime! I'll see them twice this week and could not be more amped!
Top

as always Dime, you have a way with words. shit fire...love that one!
and I think your raves of Dexateens led me to dl the free ep and go on to grab a couple more albums.
love them, really, I do and hope I get to see them live
plus, Jerry Lee at the Star Club energy is the perfect description.
NSFW
Top

Nice write-up Dime. I'm going to see them in NYC Thursday night and cannot wait!
Consistently holding bullshit up to the light of reason
Top

jimmyc wrote:Good job Dime! I'll see them twice this week and could not be more amped!

the Boston Show is sold out!!!!
Anyone with a spare tix for the Friday night show in Cambridge please PM
Last edited by The Black Canary on Tue Jun 01, 2010 7:37 pm, edited 1 time in total.
Top

I am a fan of these guys, mainly through DBT. It is frustrating that most stores in NJ -- even the ones with a huge inventory like Vintage Vinyl -- don't carry their cds. Yes, we can always order them or buy them online, but I think it is better for the band if people buy them through their local store. It gets the word out better.
I have nowhere else to go. There is no demand in the priesthood for elderly drug addicts
Top

Great band, no question. Nice job dime!
We call him Scooby Do, but Scooby doesn’t do. Scooby, is not involved
Top

RevMatt wrote:I am a fan of these guys, mainly through DBT. It is frustrating that most stores in NJ -- even the ones with a huge inventory like Vintage Vinyl -- don't carry their cds. Yes, we can always order them or buy them online, but I think it is better for the band if people buy them through their local store. It gets the word out better.

have your local store order them.
Top

anyone heard of this?

I get kinda cracked up when I hear new bands that look and sound like they crawled out of the rural South, but hail from anywhere but (oh... hi there Williamsburg). This is, of course, nothing new. I mean, we (and by we, I mean The South) did in fact invent Rock n Roll one-half century or so ago, so it's really not a problem. We're used to it... it's cool. It just amuses me a little, that's all.

I guess authenticity does a lot for me these days, which is why I love the Dexateens so much. Simply stated, they are the real thing. Forming in Tuscaloosa, Alabama in 1998, The Dexateens have been together for just over a decade now and it shows. These guys know what they're doing, so you Brooklyn-based country rock bands should probably take some notes.

On stage, there's this raw energy that flows between these guys as they thrash into and on top of one another. By the third or fourth song they're each drenched in sweat, not all of it their own, mind you. It can feel like a Pentecostal revival gone terribly awry and you thank the Lord God Almighty that you are lucky enough to be there in the room with them. You realize about halfway through that you are, truly, blessed to be a part of all this.

There's a certain growl that has crept into frontman Elliott McPherson's voice over the years. It's mellow, yet bitter, like a good Tennessee whiskey, the perfect vehicle for his ever-maturing songwriting. It's a sound that can only result from year after year of countless late nights of bringing down the house each and every time they are on stage. It's just what they do.

So here's to one of the truly great Southern Rock & Roll treasures. Here's to the Dexateens. Roll Tide!

Smitty wrote:anyone heard of this?

apparently very rare, self released and out of print. I have searched w/o luck.
Top 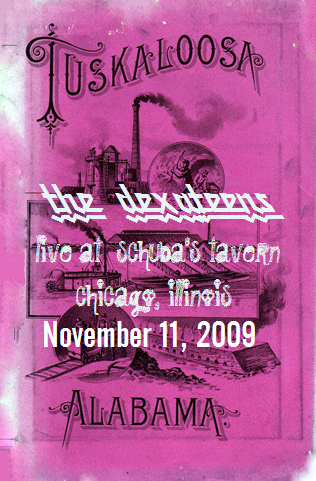 “It's the kind of record the Kings of Leon might make if they were a) talented, b) old enough to shave and c) not obsessed with the Strokes. And in these Gang of Four/Bloc Party dominated times, it all sounds refreshingly effortless too.”
Art Rocker (UK)

“It's the kind of record the Kings of Leon might make if they were a) talented, b) old enough to shave and c) not obsessed with the Strokes. And in these Gang of Four/Bloc Party dominated times, it all sounds refreshingly effortless too.”
Art Rocker (UK)

The Dexateens are super dooper alsum. Really wish I could be with Lurleen and Jimmy seeing them this week. Y'all will have to give an extra shout out for me.
...a long day of improbable and grotesque mischief
Top

Good stuff Dime. I only have Hardwire and Singlewide, but love 'em both. Looking forward to digging into more of their catalog.
Top

Love these guys, probably the only opening band for the truckers other than the Whigs that my wife wants to get there early to see. I just wished they came around my area more by themselves. Ordering Red Dust Rising on vinyl this afternoon.
Top

Playing 10 minutes from me this friday night..might have to check them out. Love their albums but never seen them live.
Top

bold99 wrote:Playing 10 minutes from me this friday night..might have to check them out. Love their albums but never seen them live.

Tix sold out, I have seem them live and they are really good!!!! but if you can score tix let me know??
Top
Post Reply
394 posts