I posted this in the books thread but figured it should be here as well. I just started Jason Molina: Riding with the Ghost but Erin Osmon. So far it's quite good. Recommended for any Molina fans.
We call him Scooby Do, but Scooby doesn’t do. Scooby, is not involved
Top

i finished it a couple of days ago. definitely filled in some holes i didn't know, and i got a great appreciation for how he worked. really, really tough reading for those last few chapters.

pretty bummed i missed the traveling Molina tribute show that's doing some shows... they played Boston Saturday, but i don't know anyone who went.


this was a cool doc about recording that final record:

that josephine doc is the shit.

I love that he puts on a jumpsuit when he gets to work. He did that when Shellac played last year.
Top

5 years gone - RIP
Let the outside air in
Top

Hard to believe it's been 5 years. Other than DBT, or maybe Peter Tosh, not sure there's another band/artist I've listened to more in those 5 years.

Hypothetical: if you came across a handwritten page of JM lyrics, unpublished, what would you do with it? If you got a band that was a fan to write music to it and record it, could it be released as a single and proceeds sent to an alcohol abuse/rehab charity? Would Secretly Canadian have a claim to it, or maybe JM's estate?
Top

ramonz wrote:Hypothetical: if you came across a handwritten page of JM lyrics, unpublished, what would you do with it? If you got a band that was a fan to write music to it and record it, could it be released as a single and proceeds sent to an alcohol abuse/rehab charity? Would Secretly Canadian have a claim to it, or maybe JM's estate?


I recall him saying (video, informal interview in the back of a club) that he wrote a lot and anything that didn't get turned into a song by the end of the year he threw out or burned. If he had wanted a page of lyrics to make it that far he would have done it. So I say "no" to turning it into music. Maybe send it to his wife or brother or who/whatever his "estate" is.

Personally I'd probably throw it in an envelop and send it to William Shaff, a friend of J's and artist who did the Magnolia Electric Company art. Maybe Shaff turning it into something could be a worthwhile fate for some of Jason's cast off thoughts.
Beebs is not a ragey man
Top

Posted this in the "What's Everyone Listening To?" thread, but I somehow missed this before it dropped last week: The Lioness has been reissued, with a series of outtakes from those sessions. I'm really enjoying these new-to-me Molina tunes. It was released as a limited set on translucent purple vinyl. SC seems to have sold out of their allotment, but prices on Discogs are still pretty reasonable, so hop on it if you'd like a copy. Mine's in the mail.

What a talent. What a loss.
All it takes is one wicked heart, a pile of money, and a chain of folks just doing their jobs
Top

I saw where the book by Osmon is coming out in paperback. I still need to get that.
Top 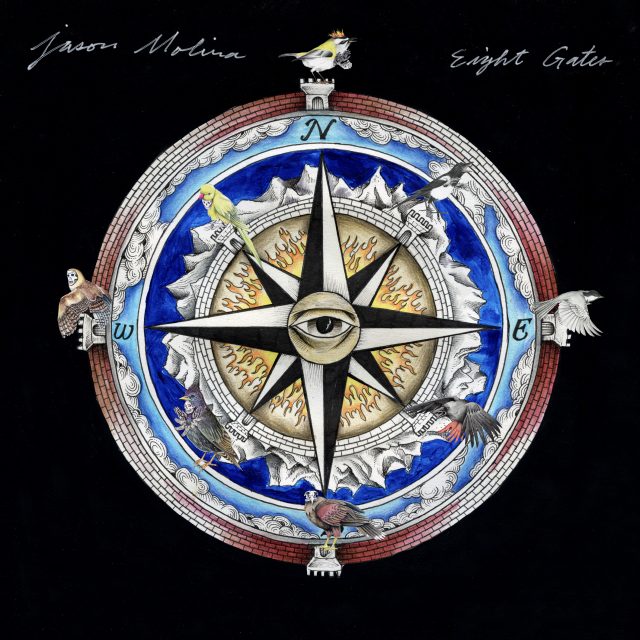